Suspension has roots in the ancient history of mankind. Hooks suspension represents something different in every culture: a transition ritual, meditation, a way to achieve a higher state of consciousness, overcoming fears, a sacrifice to the gods or a tool to get to know oneself. The best known are the rituals of Indian tribes in North America called Sun Dance or Okipa. Well known is also the Charak Puja Festival held in India.

The way we practice body suspension is based on the traditions of modern primitivism. We focus more on the experience of the hanging itself than on its spiritual dimension. Suspension is also an integral part ofthe Hell Party. 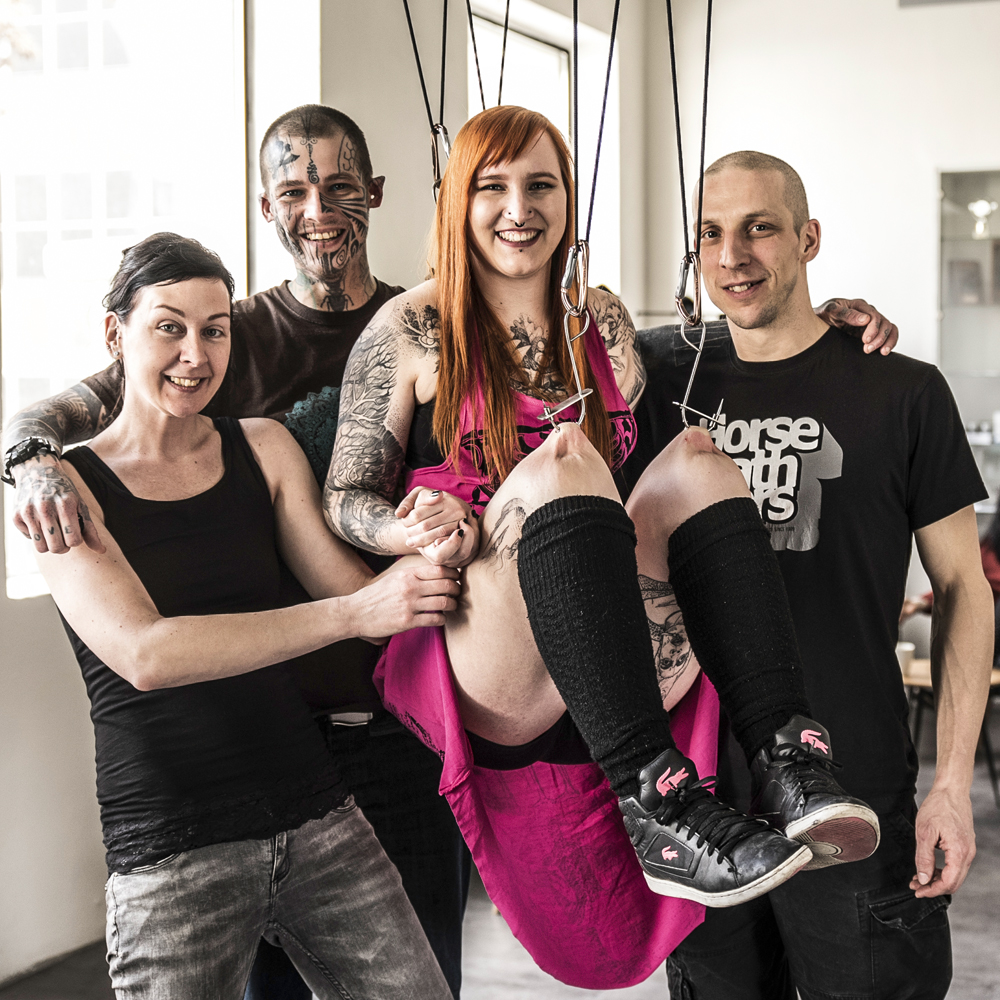 Try hooks suspension for yourself

I wanna receive the workshop dates in e-mail. 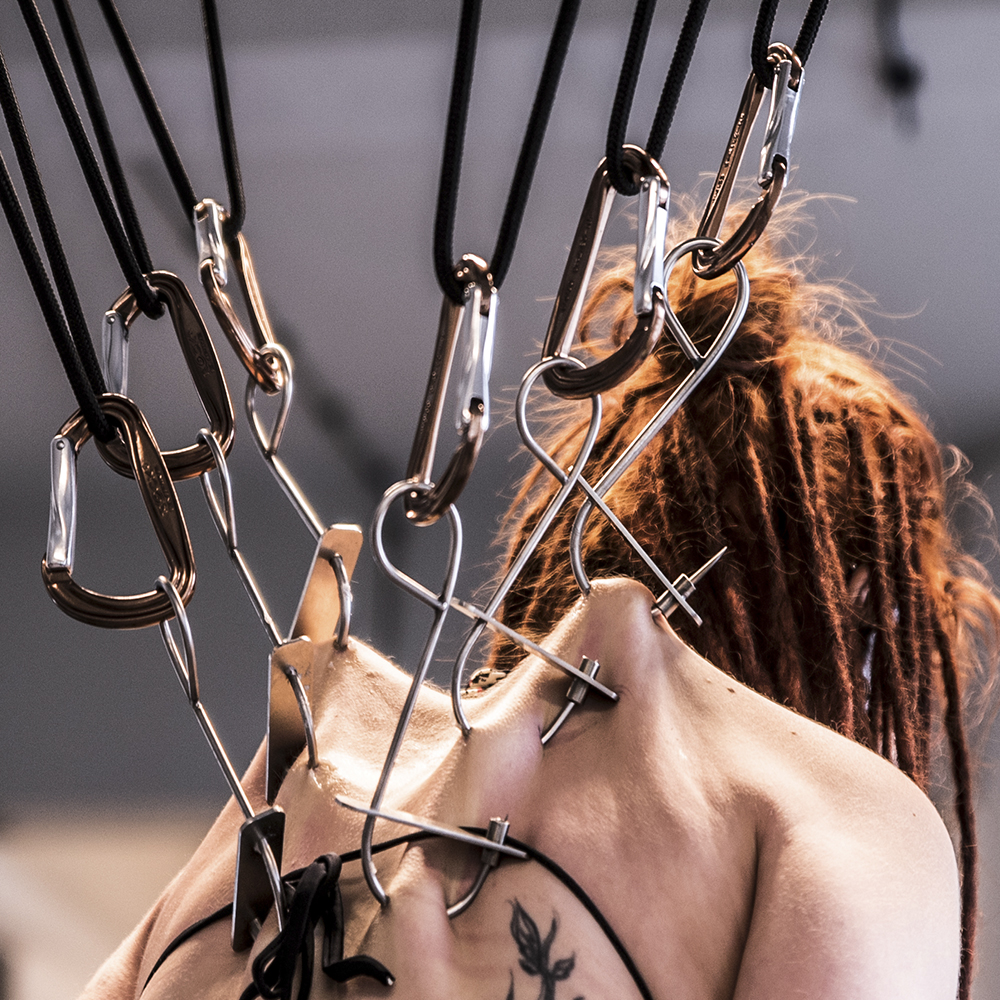 all articles about suspension
8 basic positions for hanging on hooks

The Hell.cz tattoo and piercing studio was established in Holešovice in 2004. By approaching body modifications in its own way, it quickly became a legend. In addition to tattoos and piercings, we also perform heavy body modifications, we do suspensions (hanging on hooks) and we organize Hell Parties.