Nelly Vinteren: An artist satisfied with his own work is a dead one

An artist satisfied with his own work is a dead one

Although she’s been settled in Hell for some time, we haven’t had the time to interview her properly yet. Now it’s finally time to fix that. Our Nelly is a nice smiling artist with a sense for color, detail and admirable talent. Let’s meet her! 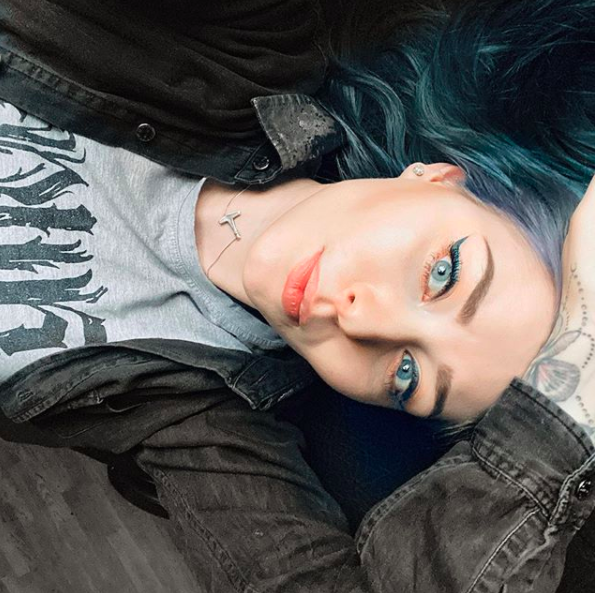 VUsually customers are surprised by the fact that you don’t speak Czech (even though Nelly is working hard on her Czech and improving quickly.) Where are you originally from?

I was born in Ukraine, on the borders with Romania and Moldova. It is a beautiful area with excellent wine and a lot of mysterious stories. When I was six, we moved to St. Petersburg, where I grew up. I recently moved to Prague, where I found a new home.

Did you want to be a tattoo artist from an early age or did you, like many other children, see yourself as a princess, astronaut or garbage man?

Although being a tattoo artist was not my childhood dream, I did not have exactly the same dreams as other children. I wanted to be a plastic surgeon. The beauty achieved through pain has always fascinated me. My second passion was music.

So how did you get to tattoo art at the end?

Like almost every other child, I just started to draw, my creations even went to an exhibition of children’s drawings, which took place in our National Museum. But I first thought about trying to become a tattoo artist when I was fifteen. Since then, drawing has become my daily routine. Then, about two weeks before my eighteenth birthday, I received the best gift of my life from my stepfather! My first tattoo kit. And when I first used it on real human skin, it was happiest moment in my life.

How did you develop as an artist?

I used to prefer dotwork, but today you will not find it in my portfolio. Around 2014, a big change came and I started to strive for realism. At first it was a real challenge, I never thought the time would come when I could really do such tattoos. But that was exactly the best reason not to give up. I saw endless room for improvement in front of me. The first realistic tattoo I made was a yellow rose. This motif has been one of my favorites ever since and will never bore me.

So will you be happy if customers come to you and want to tattoo roses? I got the impression from your portfolio that you like darker horror motifs…

That would be too easy! I think that every motif can be processed in an interesting way and to say that I only like flowers or only dark things would be a really big mistake. It’s true that I like horror themes. As a teenager, I was attracted to the Gothic subculture and I’m still a big fan. As a child, I was amazed by Dracula and these influences are still in my work, but that doesn’t mean I don’t enjoy other things.

So how would you describe your style?

As an artist, I try to keep growing, so my style gradually changes with me. Right now, I’m interested in combining different techniques and styles that I’ve learned throughout my ten year career as a tattoo artist. I enjoy creating new things, different from what is commonly seen. I now deal with form and various textures, I work a lot with metal and gold textures, for example. I would like to create my own original style, but that is probably the goal of most artists. I like to look for and try new things, that constant movement is what I enjoy about it. Art is a process, if someone is 100% satisfied with his work, then he is dead as an artist.

Sometimes it happens that the customer and the tattoo artist have trouble agreeing on the form of the tattoo. How are you set up? How much do you let the customer interfere with the vision you have of his tattoo?

My customers are important to me, they are a big part of my inspiration and they are part of the whole process. I like to talk to customers, I don’t think it’s possible otherwise. Most of them really rely on me a lot and I am very grateful to them for such trust. They come up with ideas, describe their wishes in a few sentences, and my imagination immediately begins to build a whole picture around such a foundation. Sometimes I’m a little scared that people will think I’m crazy because I can sometimes sound like a crazy artist (laughs). A lot of tattoo artists today forget that the customer is an integral part of the magical process in which the tattoo is created.

Where are you looking for inspiration?

Well, everywhere! In music, mysticism, my family, animals and also in the computer game The Witcher – Wild Hunt (laughs). But doubts affect me the most. Only when you doubt you can reach the next level. Doubt generates creativity in me. Sure, it’s just my opinion, but I don’t think you can make progress if you’re happy with yourself. Even though I’m a perfectionist, I really hope I never make a tattoo that I’m one hundred percent happy with – I want to grow and develop with every tattoo I make.

You traveled a lot and gained experience in conventions and as a guest artist in various studios. What did it give to you?

It’s true, I participated on the biggest conventions in Russia and I was even in New York at the Empire State Expo. As a guest tattoo artist, I collaborated with the most famous tattoo artists in the USA, I appeared in the media and I also appeared in Skin Art, which is one of the most important magazines focused on tattoos. I even photographed something as a model. I have a feeling that the conventions have gradually changed, it’s more about communication between artists, the competition itself is much less important. It was a great experience, but for me now, my own path and my artistic present are important, the past is gone and the future is a lie. For me, the most important thing is what is right now.

What you need to know about Nelly Vinteren